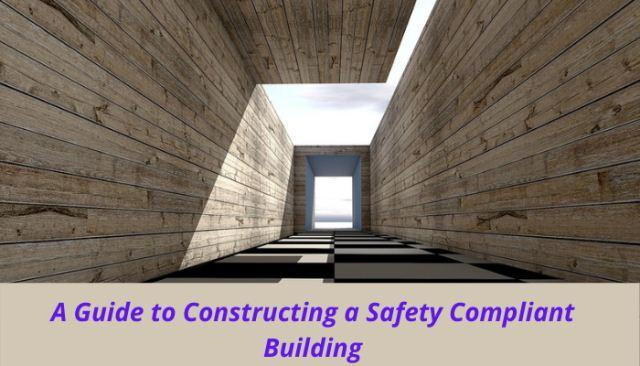 A Guide to Constructing a Safety Compliant Building

The Americans with Disabilities Act of 1990 (ADA) is a landmark regulation that preserves the rights of persons with disability to equal access to goods and services. Due to the ADA, buildings have to comply with recommended design practices to avoid discrimination via the creation of barriers.

But by yielding to the ADA, establishments don’t just have to be accessible to everybody. They must also approach the imports of safety with more sensitivity towards the needs of people with different kinds of disabilities.

The 2010 ADA Standards for Accessible Design was released by the Department of Justice (DOJ) a decade ago. Similar to the ADA Accessibility Guidelines, these two contain and outline the ADA’s requirements for construction that contractors must take note of when drawing up building plans. It doesn’t matter if construction is for a new facility or merely alterations to an existing structure. Engineers and architects must refer to and observe these guidelines after all building codes have been taken into consideration.

Why is it important to be ADA compliant?

While ADA compliance is not optional, violations are mostly detected when they are filed in court. Certification may be voluntary and not a prerequisite before an entity opens for regular operations even though it is a base that shouldn’t be taken for granted. However, those who choose to forgo this standard check on their property risk heavy fines and penalties where the ADA is concerned. Furthermore, by definition, claims are allegations on a case by case basis. Although they can either be proven or disproven, at the end of the day, the law is usually on the side of the complainant.

In fact, California, the state with the highest record for ADA Title III lawsuits, effectively incentivizes its citizens to seek damages from violators. Under the Unruh Act, one complaint means a minimum of $4,000 in statutory damages to those who submit reports. The Unruh Act was specifically updated in 1992 after the implementation of the ADA to include it in the violations they cover.

It is true that full ADA compliance cannot be assumed by any business. The law itself goes through necessary revisions after a period of implementation. But when owners maintain business as usual without ADA certification, they are essentially saying a silent prayer every day hoping that this won’t be that day a lawsuit is filed under their name.

What is an ADA compliant building?

As previously mentioned, the ADA is heavily concerned with access and safety. Keeping in mind that there are several impairments that people might experience, these are a few bases mentioned in the 2010 ADA Standards for Accessible Design that all building plans must cover in order to provide safety and accessibility to the general public.

Whether parking is offered in or outside the main structure of a building, the ADA requires a minimum number of spaces dedicated for the use of people with disability. For example, for an area with 1 to 25 available slots, there must be at least one exclusive to a person covered by the ADA. Meanwhile, larger areas that can accommodate 501 to 1000 vehicles must allot 2 percent of its total number. The 2010 Standards also tackles safety measures that should be included in the planning of parking areas. The recommendations include the presence of a working fire alarm system as well as the definition of accessible entrance and exit routes.

While we are on the subject of routes, minimum measurements for suitable knee and wheelchair clearances are also identified by the ADA’s guidelines. These are important to consider due to the number of wheelchair users in the United States who are more or less covered by this civil rights law. These measurements are necessary in the construction of hallways and entrances, as well as interior spaces in rooms.

Although already noted above, the 2010 Standards takes significant focus on means of entries and exits. In an emergency situation, persons with disabilities should not be hampered from seeking safety due to the unavailability of immediately accessible routes. The ADA demands that there always be at least one dedicated route for covered individuals with satisfactory clearances and ramps. Elevator design and doorway measurements are also discussed to meet the ADA’s requirements.

The 2010 Standards also devotes a whole chapter on plumbing elements and facilities. Here, the use of grab bars in bathrooms is highly recommended. The chapter also details particular lengths, depths, and widths of grab bars and other common fixtures that have been noted to be suitable for compliance since the law’s implementation in 1990.  The section reiterates the details of floor clearances with respect to average wheelchair dimensions.

Of significant import to the ADA is means of communication for persons with disability. The availability of goods and services can be denoted by appropriate and effective signage that for the ADA means making use of raised Braille characters as well as pictograms. It is a small feature that can easily be forgotten in practice by designers. However, clear directions to the restrooms, ATMs, or exits are no small matters in the shoes of persons with disabilities.

How do I know if my building is ADA compliant?

As a rule, the heavy lifting should always be left to the pros. Some people might be able to install grab bars in their own bathrooms using available drills and nailers, but these are projects that should be approached with a lot of care and better assigned to an experienced professional. Safety should always be taken seriously.

If you are looking to check ADA compliance for an existing facility, this can even be done on your own by retrieving a full list of requirements online. With a printed copy and a set of measuring equipment, you can be ready to begin combing your site for violations in a matter of minutes. However, you will still be bound to miss a thing or two or misconstrue some of its details. The good news is that you can avail of a particular expert’s services for ADA certification.

A Certified Access Specialist (CASp) is an individual licensed by the state to conduct accessibility tests on existing facilities. CASp certification ADA reports are good to have in the event that a complaint is raised against your business. Under Senate Bill 1608, you have the right to avail of a 90-day stay of legal proceedings as well as an early evaluation conference when you have this kind of documentation in hand. It is your basic proof that you have done your due diligence in adhering to the law’s standards and that you are amenable to accessibility improvements needed to be done.

Ten years since the revisions published by the DOJ, there’s no saying when regulations might get updated yet again. It is only wise to lean on the expertise of professionals. Ultimately, the safety measures detailed by the ADA are not just for persons with disabilities but for everyone in general. The ADA only amplifies guidelines in the promotion of inclusiveness and equal access.

Ideally, compliance should already have been checked the day before yesterday but if you’re still not sure your building is compliant up to this point, you can get your building certified for access and safety today.

AMAZON BLACK FRIDAY DEALS FOR YOU

AMAZON HOLIDAY GIFT DEALS FOR YOU

WORKPRO 18-Gauge Pneumatic Brad Nailer, Compatible with 3/8” up to...
Check Price on Amazon
SaleBestseller No. 7