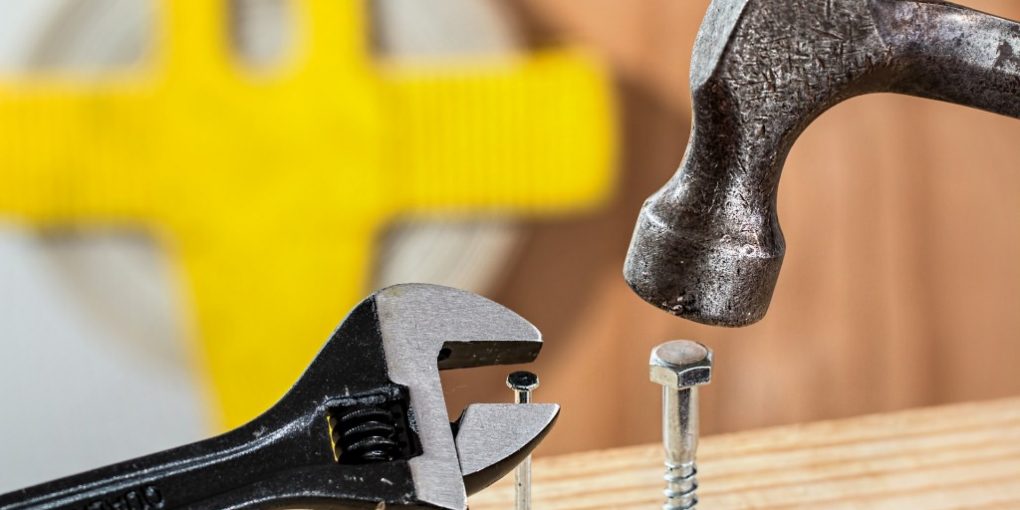 A Complete Guide to Nail Sizes for Framing

Over the years, framing has been an essential element of the construction of any building.

The process uses a specialized nail gun, a framing nailer, to fasten 2x4s for the walls and 2x8s or 2x6s for building roofs and floors.

Just like a flooring nailer, a framing nailer is a heavy-duty nail gun, and it requires more power than other types of nail guns to fire nails quickly and precisely.

Framing nails vary in types and sizes, and determining the best nail length for framing is one of the most important considerations. Along with the length, you should also determine where you are going to use these nails.

For example, in fastening sheathing, the nails should be long and strong enough to withstand shear forces.

However, the nails should not be too long or fat, as they can be difficult to drive and can sometimes split wood.

Most wooden construction requires framing, and it is almost impossible to have a rigid structure without framing.

Choosing the correct framing nail size not only ensures that you have a sturdy construction, but it will also ensure that the frame and the wood are not damaged.

As such, you must have knowledge of various nail sizes for framing for different loads.

The common nail sizes for framing are 16d, 10d, 8d, and 6d. The letter ‘d’ here represents a ‘penny’, which is used in designate nail size.

The rule of thumb requires that the nail length for framing should be three times larger than its thickness.

Below is a review of different nail sizes for framing.

16d is the most common nail size for framing. Also known as 16-penny nails, these nails are always 3 ½ inches long, but the diameter differs depending on the type of nail.

Basically, there are two types of 16d nails, i.e., sinkers and commons. The major difference between the two types is that the sinkers have a textured head and a diameter of 0.148 inches while the commons have a flat head with a diameter of 0.162 inches.

Both types of 16d nails are used to perform framing related projects such as fastening wall plates. Sinkers feature a vinyl cement coating, which makes them best suited for framing than their commons counterparts as they slide easily into wood, especially when you have to drive a large number of nails.

The textured head, on the other hand, helps to prevent the nail gun from slipping. It is also important to note that commons are not coated. As such, they should not be used in areas with high moisture or in areas that they can easily rust.

For exterior framing, you’ll need to use galvanized nails to prevent rust. The 16d is also the best nail size for 2×4 framing and installing joist hangers.

10d galvanized nails are 3 inches long and about 0.148 inches in their diameter. This nail size is perfect for joining two board faces that are flat as the nails do not penetrate deeper into the boards.

When using 10d nails, the area should always be three times more than the diameter of the nail. Also, these nails cannot be replaced with nails with a lesser diameter.

If you are looking for the appropriate nail size for framing roof truss, then 10d nails are the best.

They are also used in framing studs like when you are doubling wall studs or floor joists that overlap.

8d nail size is used when you don’t need larger nails. These nails are usually 2 ½ inches long.  Their shank and the head diameter is about 0.134inches and 9/32 inches, respectively.

Just like 16d nails, we have 8d vinyl-coated sinkers and 8d commons. The sinkers are slightly narrow and are often the best choice.

8d nails are ideal for all kinds of siding materials. These nails are used to attach subfloors, sheathing, furring strips, and other materials that do not require bigger nails.

However, the nails should be spaced out in a way that they will penetrate the stud. They are also used for toenailing as well as attaching wall plates.

6d nails are shorter and have a smaller diameter than other framing nails, making them perfect for small interior projects.

These nails are just 2 inches long with a 0.12 inches shank diameter and 17/64 inches head diameter.

The nails are mainly used in joining flat woods and nailing the finish floor and the subfloor.

Their small size and diameter make them less likely to damage the surface they are nailed into.

Framing nails are typically aligned in a row to fit into the magazine of a particular nail gun, usually identified by the length of the nails.

As such, it is always important to ensure that the nail gun is compatible with the nail size, usually the same brand so that they can fit well into the magazine.

However, most types of nailers support all the above nail sizes, but you should always check the manufacturer’s specifications.

Also, some magazines will have a steep angle towards the striking tip to enable it to fit in tight places depending on framing and structural applications.

Remember, nail sizes for framing must go hand in hand with the materials you are going to use on your project.

Typically, the nail should penetrate the board and connect into the other board, and as such, you should consider the thickness of your materials.

Often, you’ll have to buy more than one size so that you are always prepared on your framing projects.